Four Days of Undying: DAY TWO -- OKAY, BUT WHAT'S IN THE BOOK? 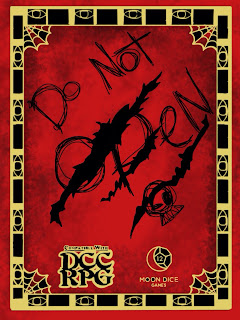 Yesterday I talked about how The Age of Undying came to be. Today I'll talk more about what it is.

It's not exactly a campaign setting, but instead it's a state of being that you would overlay upon your own campaign. The book describes what might cause this "state of being" to occur in the world of your own game, but basically this book changes the dynamics between the PCs and the creatures who inhabit their world. The "veil between the living and the dead" has been removed, so concepts such as "life" and "death" no longer mean what they once did.

Because of this -- and The Age of Undying is designed to explore these things in detail and provide rules and guidelines for play -- there are 10 "Principles" that describe the new game-state. And here they are:

You'll have to read the 10,000 word supplement to find out what that all means and what it does to the game, but there you have it!

Remember, this digest-sized book is only available via Mythoard and subscriptions are 25% off until February 10th for new subscribers. Use code AGEOFUNDYING at the checkout. Go to Mythoard HERE!

I'll be back tomorrow a look at some of the art and some of the reasons behind the art...
Posted by Timothy Callahan at 2:00 AM