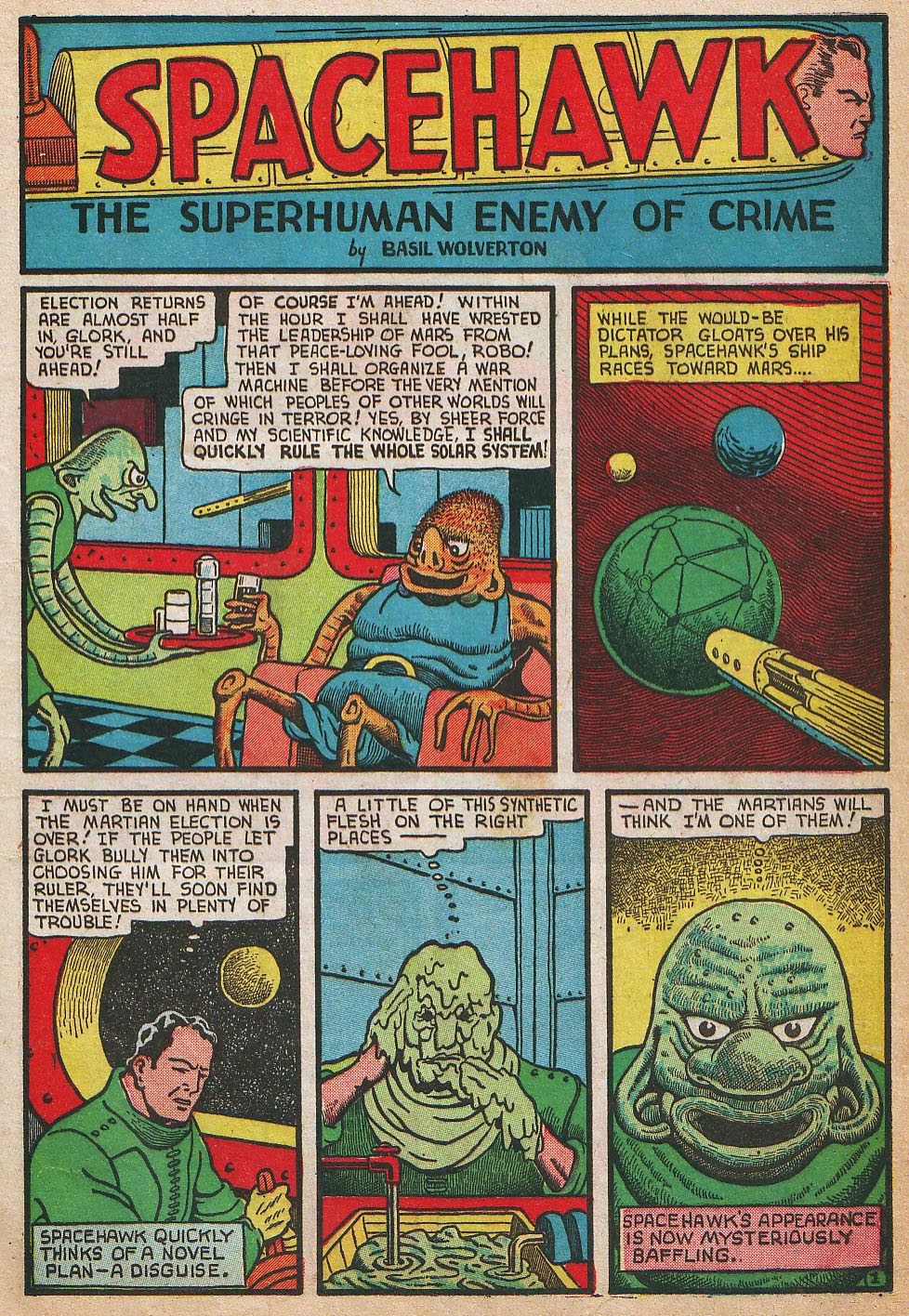 You should read whatever you can find of Wolverton's work. Particularly the pre-war Spacehawk installments, when things were silly and weird and uniquely Wolvertonian.
Posted by Timothy Callahan at 7:19 PM No comments: