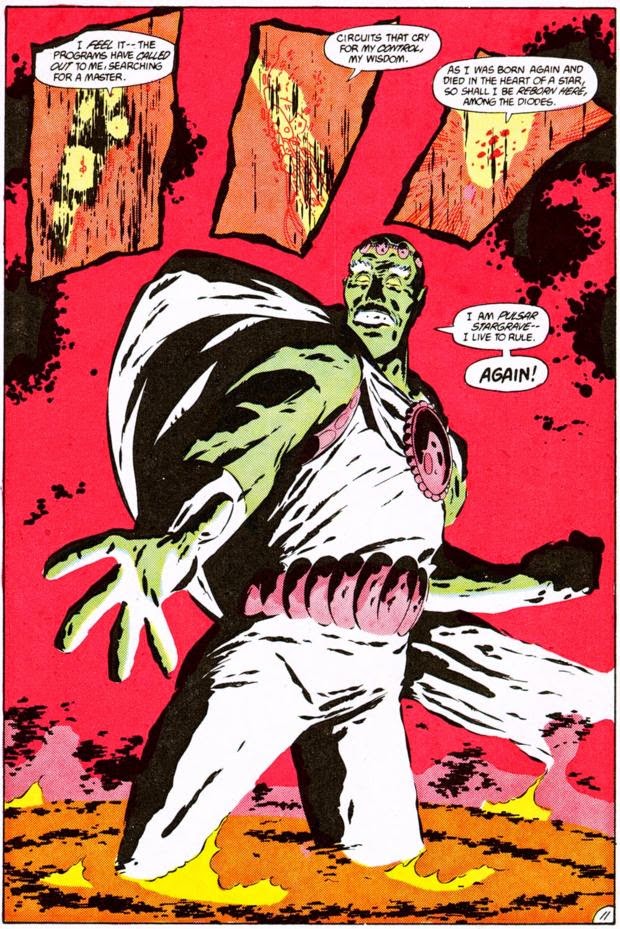 This Keith Giffen "Legion of Substitute-Heroes Special" is one of my favorite things in the history of American comic books. The eye-blasting colors! The absurd humor. Pulsar Stargrave!

Stargrave is a Jim Shooter creation from the disco era. He's Brainiac, still alive in the future. Maybe. He's a man of mystery. And bell-bottoms.

In the world of Crawljammer, imagine an ancient android held in suspended animation for 1000 years, resurrected as a villain in the world of the PCs. He'd be awesome. Particularly if he had a giant astral sign medallion around his neck. For the ladies.
Posted by Timothy Callahan at 6:30 PM